This image is for reference purposes only! 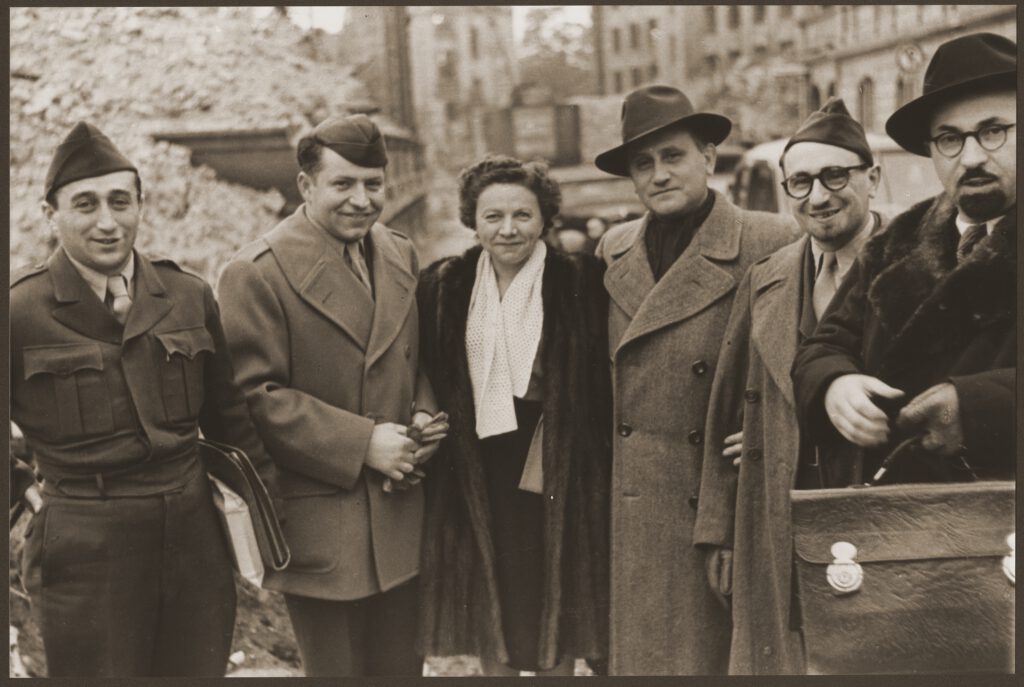 Rabbi Nathan Baruch is second from the left and Rabbi

Aviezer Burstin is pictured second from the right.

The Vaad Hatzala [Rescue Committee] was established by the Union of Orthodox Rabbis of the United States and Canada in November, 1939 to raise funds for Polish rabbis and yeshiva students stranded in Lithuania and later in Shanghai.  As the Vaad became aware of the scope of the European tragedy, it broadened its mission to lobby Washington on behalf of all European Jewry.  It participated in a march four hundred orthodox rabbis in Washington, the only public demonstration of its kind.  In February, 1945 its representatives in Switzerland, Isaac and Recha Sternbuch, successfully ransomed 1200 Jews imprisoned in Theresienstadt.  Other Jewish groups criticized the Vaad for its preferential treatment of rabbis and yeshiva students, its separate fundraising efforts (apart from the United Jewish Appeal), and its willingness to bribe Nazi officials in violation of US government policy.

After the war the Vaad organized relief efforts for religious survivors in Europe.  A central office was established in Germany under the directorship of Rabbis Nathan Baruch and Aviezer Burstin.  A smaller branch office operated in Austria.  The Vaad established fourteen rabbinical academies in various DP camps enrolling 1,515 students in order to train a new generation of rabbis, cantors, kosher butchers and scribes.  It also established religious children’s homes, religious schools for boys between the ages of five and fourteen, separate girl’s schools and teacher training seminaries.  The Vaad also distributed clothing, religious articles, and kosher food to DPs throughout Germany and assisted in their emigration to the United States, Palestine and Canada.

You have been assigned to the transport that will be leaving for Switzerland on 5 February 1945. For the purpose of processing, you should arrive at the assembly point at Langestr. 3 with your luggage today, Sunday 4 February 1945, between 7 p.m. and 11 p.m. at the latest.

You may only bring hand luggage and one suitcase, as the journey will be made in express cars and no hand luggage car is available. Bundles, bales, sacks, bedrolls etc. may not be brought on board, as there is no place to store them and they will not be necessary at the destination. Any attempt to bring more luggage than indicated above is futile.

We urgently advise you to arrive on time to ensure the proper processing of the transport.